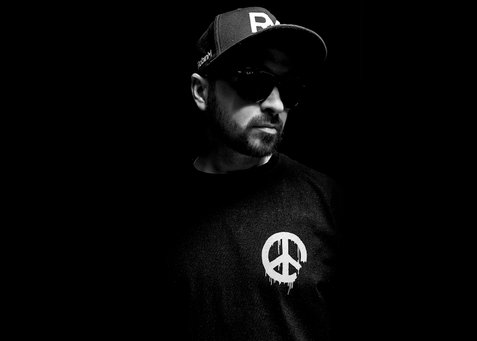 Robin M is quickly gaining momentum on the global club scene with his mix of chunky percussive house sounds which ignites the dancefloors and emotions. London-born and inspired by his Italian/Ethiopian/British ancestry, sounds and culture from around the world, Robin is a skilled DJ/producer who loves to create with other amazing talents, his attention to detail is second to none and his understanding of strong melodies and vocals paints clear pictures and evokes emotion in the listener.

His passion for music is clear. Robin explains; “I live and breathe for the darker club side and all the world influences, but also carry a passion for great melodies and vocal tracks. Both sides fulfil my creative needs, whichever you listen to I hope you can hear the common thread that it’s still me; my soul and sound”.

Robin has created his signature sound, which is evident in his releases on labels incl. SwitchLab, FFRR, 7Wallace, MoBlack and his own Ulu Records. His unique sound can be heard played by DJs in clubs around the world, in the charts on Beatport and Traxsource and is supported by radio/A-List DJs incl; BBC Radio 1 & 1xtra, Ibiza Underground, Ibiza Sonica, Radio FG, Jimi Jules, Pete Tong, Blond:ish, Bedouin, Sabo, Gorgon City, Mr ID, Black Coffee, Chloe Caillet, Desiree, Gregor Salto, Enoo Napa and TSHA to name a few.

In fact, BBC Radio1’s Soundsystem Rated him an “Artist To Watch” alongside talents such as Amemé and Nia Archives and BBC 1xtra’s Friday evening show picked his guest mix as one of the best of the year.

With a growing global audience, Robin M’s music has 50 million + streams, and chart entries on Apple Music/Itunes in more than 136 territories across 82 charts - including several #1 positions,  An international DJ, Robin has performed in Ibiza, at Uganda’s Nyege Nyege Festival’s Afrodisiac & Boiler Room stage, the legendary Ministry Of Sound as well as shared stages with talents that include but are not exclusive to Desiree,  JAMIIE, Melé, Gianni Romano, El Mukuka, MoBlack, and Philou Louzolo.

With his debut mini-album dropping in 2023, the future is bright for this talented artist/DJ.